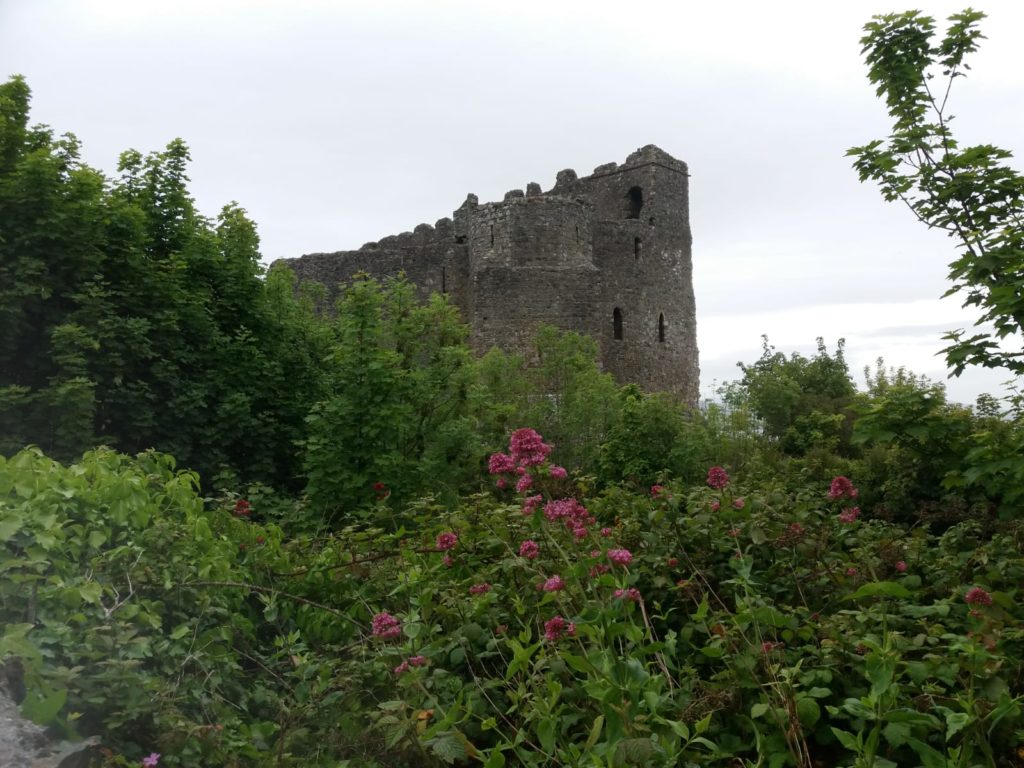 The individual organisations making up the Forum have liaised with their memberships to get feedback for the Tourism Masterplan for Carlingford currently being carried out by Repucon on behalf of Fáilte Ireland. Sustainable tourism is vital to the economy of Carlingford going forward. The Forum welcomed back the representatives from Carlingford Traders to our August meeting and our hope is that business life will return to normal in the not too distant future. Louth County Council is engaging with the hospitality sector regarding the provision of Parklets to allow for outside dining during the current pandemic.

The Forum has responded to L.C.C. Covid measure queries with the collective concerns of the organisations. We look forward to improvements within current budgetary constraints. A funding application has been submitted for consideration by Louth County Council.

It concerns the repair of the Holy Trinity cemetery wall. This has been an eyesore for the past decade and we look forward to a positive outcome to this latest application. 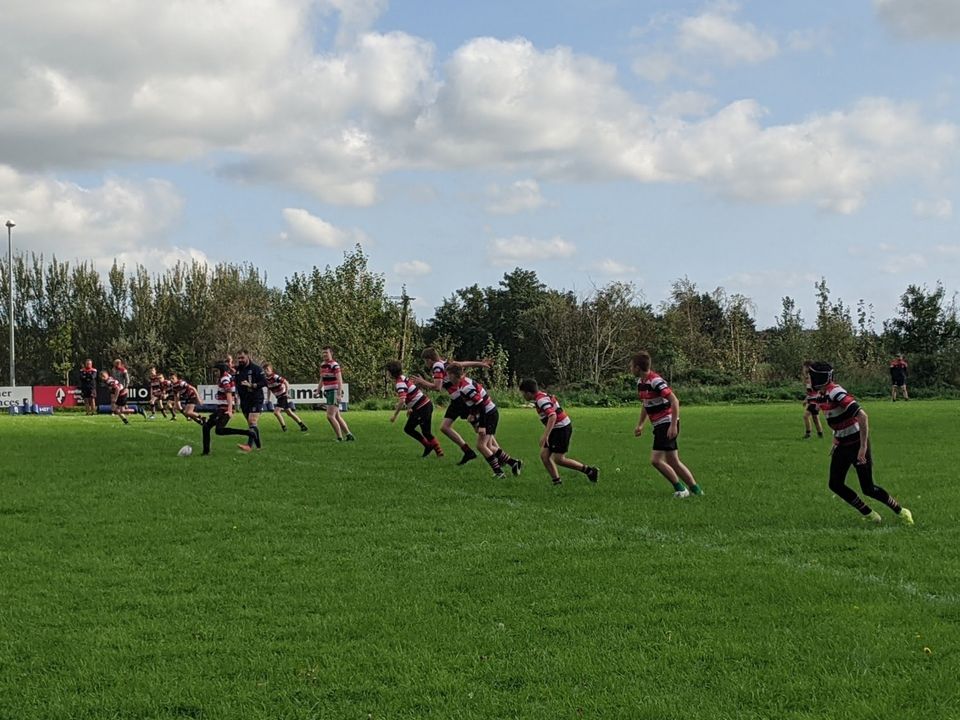 HISTORIC FIRST EVER 15 ASIDE MATCH FOR CARLINGFORD KNIGHTS

Carlingford Knights under 14s, kicked off their very first full 15aside match in a “friendly” against neighbours Dundalk at the Foy Centre in Carlingford last Saturday.

It was the boys very first match on a full-sized pitch and we thank Dundalk for coming out.

A lot of work has gone into getting the pitch prepared and posts into position in the last week, and it is hoped that training lights will be in place in the next few weeks, as the team will be mid-week training. 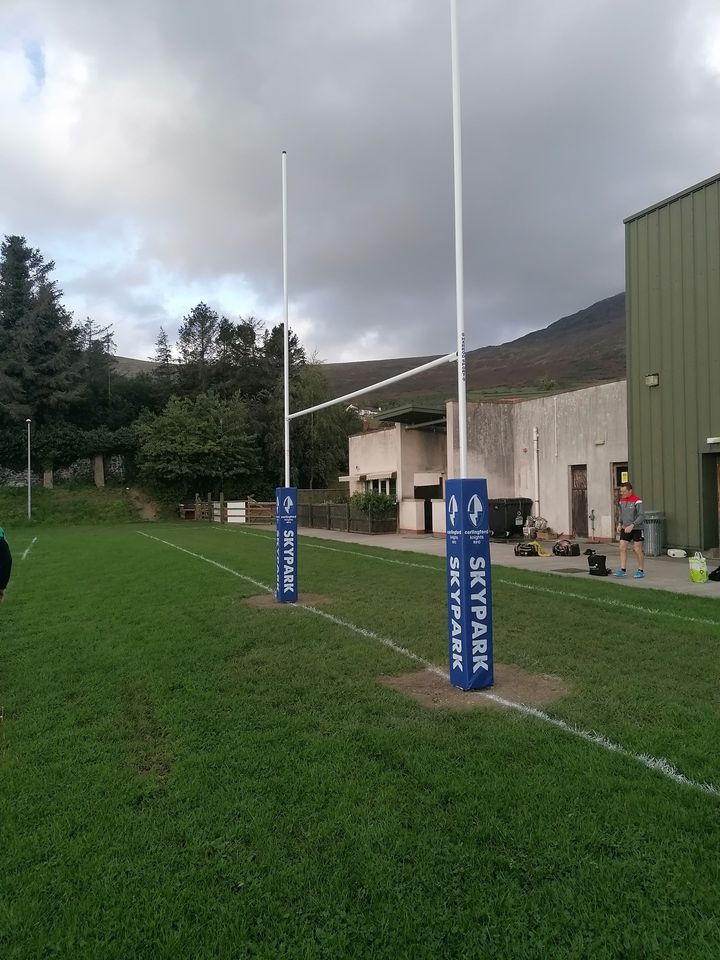 The under 14s will play their first league game at home against Ardee this Sunday and we welcome new players who want to come along to training on Saturday at 11.30am.

Mini rugby will also begin again this Saturday, Full Covid procedures are in place with staggered training times for every age group with under 7s beginning at 9.15am. 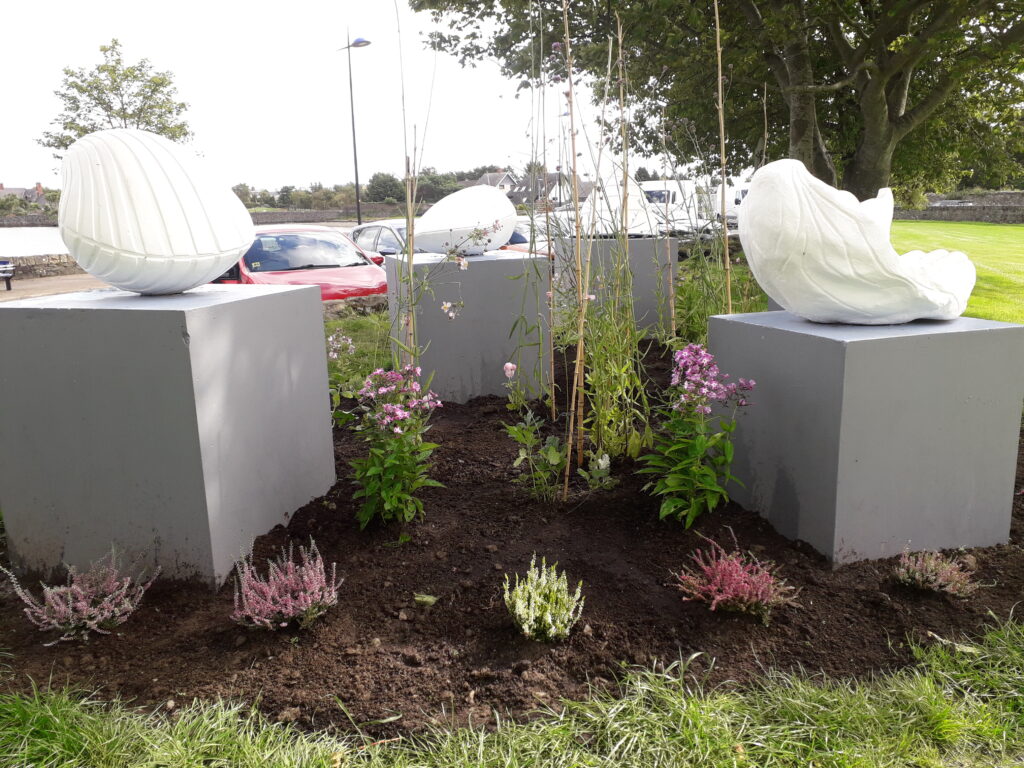 Volunteers planted around the shell sculptures on the Village Green. We continue to work on maintaining the flower beds each Thursday at 10am. New volunteers would be most welcome.  Tel 0429373686.  We also meet each Saturday and Sunday at 7pm on the Village Green to do a litter pick.

Litter has been difficult to manage of late as the town is busy.  We ask for all businesses doing takeaway food to minimise (use less) packaging. In particular, rigid boxes are a big problem as they take up capacity and are difficult to fit into bins. If a bag or more flexible card could be used instead, we feel that would be a great help and make our job easier.  There are many takeaways already using less packaging and eco packaging and we commend this.

Below is our Tidy Towns Plan made up from suggestions from the Tidy Towns Survey carried out in June 2020.  If you would like to help with any aspect of this plan please get in touch. 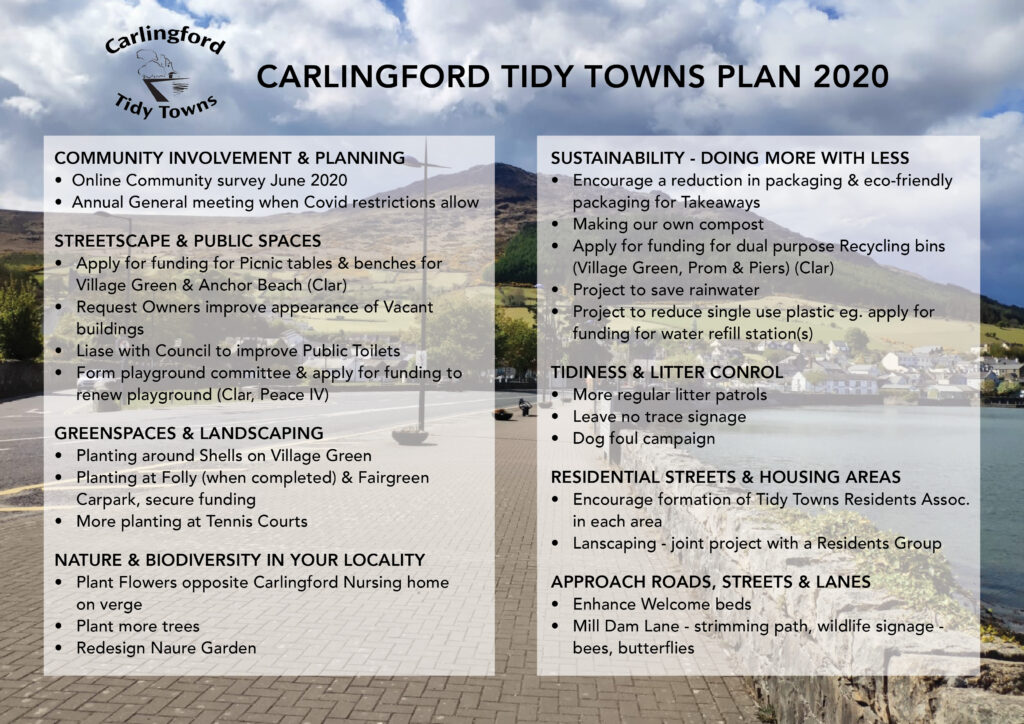 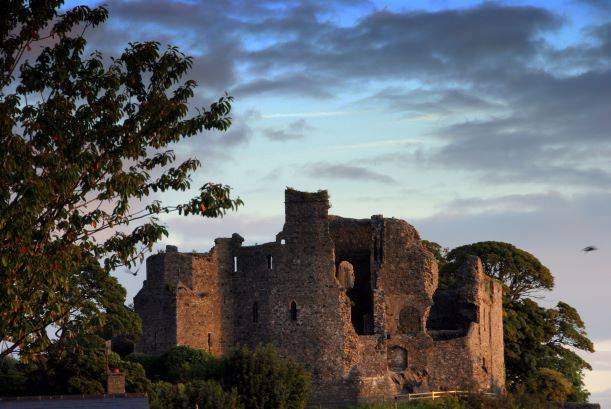 If any of our current Members would like to take a tour of Carlingford Castle with a friend/family member before the end of our season, we are happy to offer a tour with our compliments on Fridays or Saturdays in October at 3pm. Just book your place with Sheila.

While it is difficult to plan ahead, we have to do some planning even if events have to be cancelled! 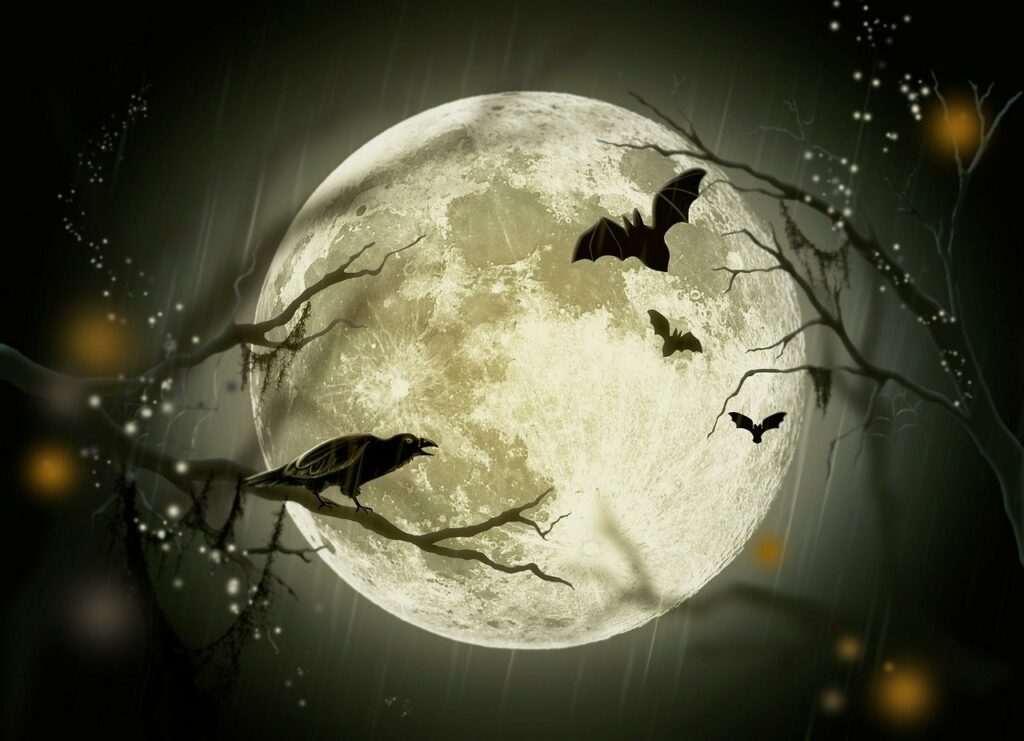 We plan to organise a small family event in the Castle on Saturday 31st of October in the evening at 4pm. We will organise it in 2 or more groups of 15 to comply with current COVID 19 protocols so watch our Facebook for further updates.

We do hope to be able to organise some musical events coming up to Christmas which will be comply with current Covid 19 protocols. 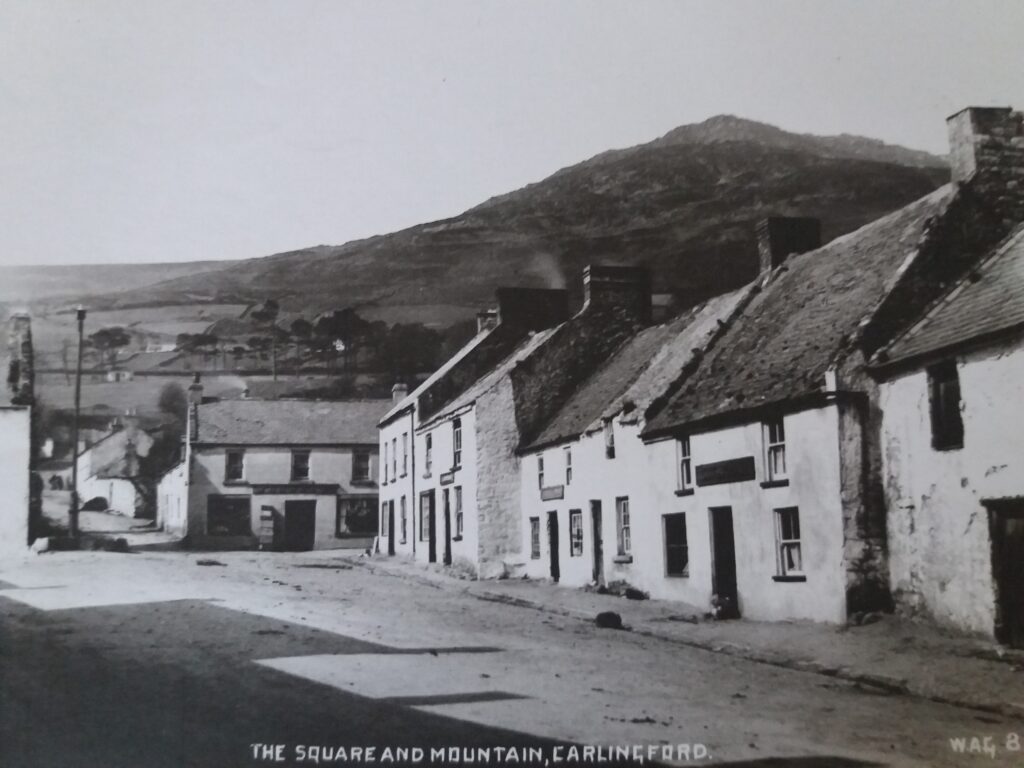 A glimpse of Carlingford’s past through the lens of a photographic exhibition of Shops and Businesses will take place in late October/November subject to restrictions. Sheila Boyle, Margaret Harold and other members of the Trust have been working behind the scenes to create a comprehensive exhibition of the different parts of the town depicted in photos from as far back as 100 years. This exhibition should provoke interest and reverie for many members of the community who have witnessed the changing face of the town over the last 50 years. Young people whose world is now so visual should enjoy it from an historical point of view as it will provide new insights into a small Irish town during the 20th century. We look forward to welcoming the community and visitors in small groups to come and view it over a period of weeks which will make it easy to comply with government restrictions.

Interested in remote working in an attractive period building in Carlingford with panoramic views of the lough and the mountains?

Tired of long commuting or working from your kitchen table/boxroom? Looking for dedicated office/desk space with the opportunity to safely interact with others? Remote hub working is now a common way of having an office option near your home and in a space which offers social interaction with others. 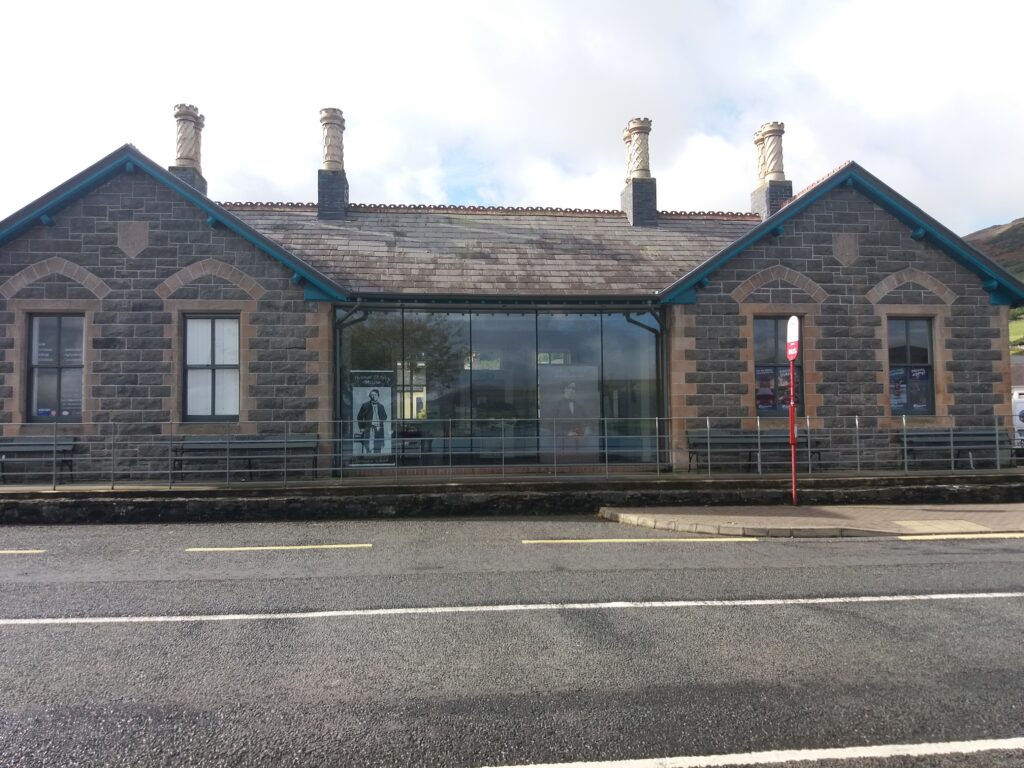 We would like to create a communal remote working hub in the Station House on the seafront where we have a very attractive bright space of 40sqm which would be ideal for 5/6 individuals to work from on a regular basis for several days per week.

Interested? Or do you know others who may be? For further information and to discuss options, call Linda Stevens Community Heritage Manager
Tel 086 8242514 email info@carlingfordheritagecentre.com. 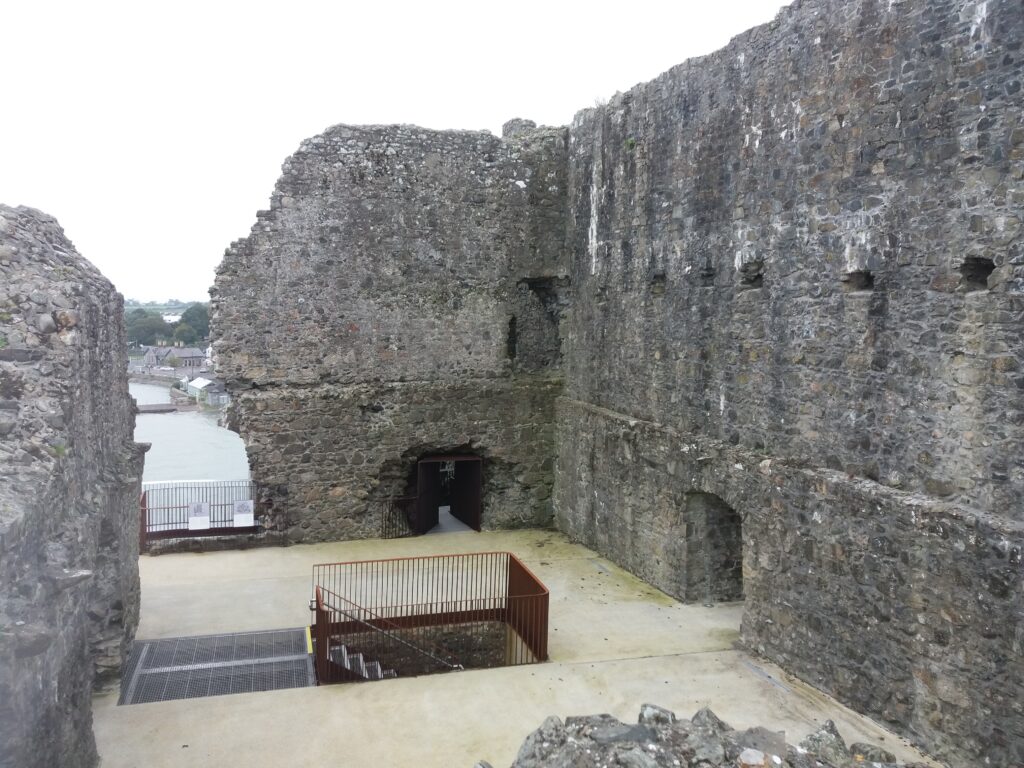 History, as they say, is written by the victors, so most accounts of our turbulent past rely on often dubious English military sources. This is especially true of the Nine Years War (1594-1603) when Hugh O’Neill and the armies of Ulster almost brought the mighty Elizabethan state to its knees. Accounts from an Irish prospective are few – the Annals contain headline news only – but the outstanding one comes from a West Cork man, Philip O’Sullivan Beare, who fled to Santiago in Spain when his whole clan was outlawed after the Battle of Kinsale (1601). In 1621 he published a work in Latin entitled ‘Historiae Catholicae Iberniae ‘(Catholic History of Ireland) which contains one little anecdote of great local interest.
The English armies under Lord Mountjoy recruited or press-ganged a lot of Irish soldiers and they were a great source of cooperation, weapons and intelligence for O’Neill. One such group was part of the garrison in Carlingford Castle in 1596, but it seems they had communications problems:

“Twenty-four miles from Armagh and eight from Newry is Carlingford castle, overhanging the river and fortified by nature and art. It was now held by half a company of English with whom were Thomas Kellody and eight other Irishmen. Thomas and the eight Irishmen, as arranged with O’Neill, suddenly attacked the English and killed six and drove the rest out of the castle. O’Neill had promised Thomas that he would be at the castle at cock-crow that night and Thomas waited for him in the castle until near dawn, but O’Neill delaying too long, Thomas left the castle and fled. At break of day O’Neill halted with his men before the castle, and fearing lest it was held by the English did not venture too close, until Thomas should give the signal. The English who had been expelled from the castle, seeing O’Neill halting and no signal given from the castle, guessed that it had been abandoned by Thomas, and themselves entered the empty fort and defended it. O’Neill disappointed in his expectations returned home.”

It is unlikely O’Neill, the master of mobile hit-and-run warfare, would have wanted to hold the castle given Mountjoy’s access to heavy cannon. More likely, he wanted to deny it to the English as a refuge halfway between garrisons in Dundalk and Newry, an alternative supply route to the Gap of the North which the armies of Ulster held in an iron grip. Doubtless it would also have been another propaganda feather in his cap, coming so soon after his major victory at the Battle of the Yellow Ford north of Armagh.

If Carlingford seems a bit close to Newry, remember the writer was using Irish miles – 2240 yards rather than 1760 in the English or statute mile. 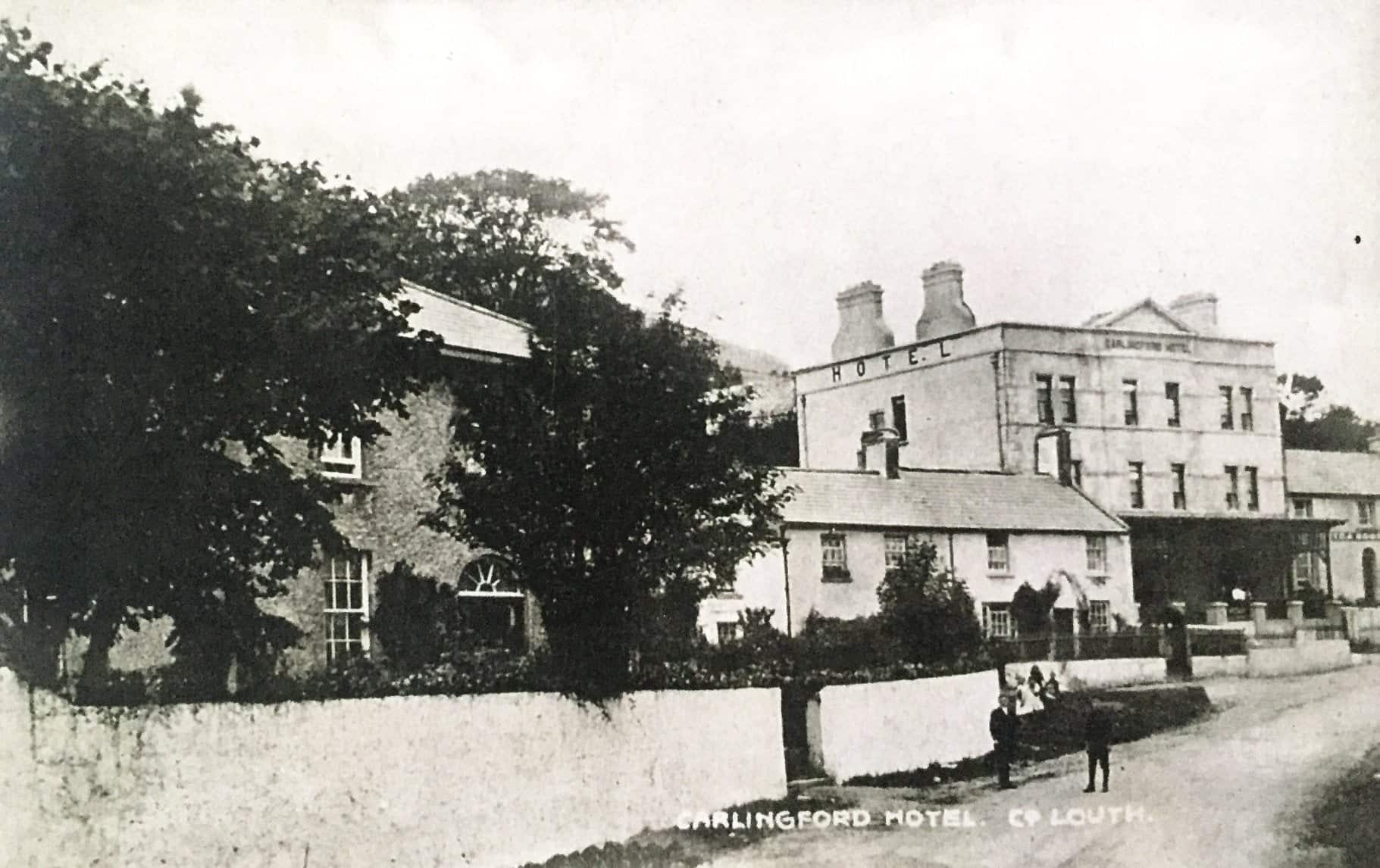 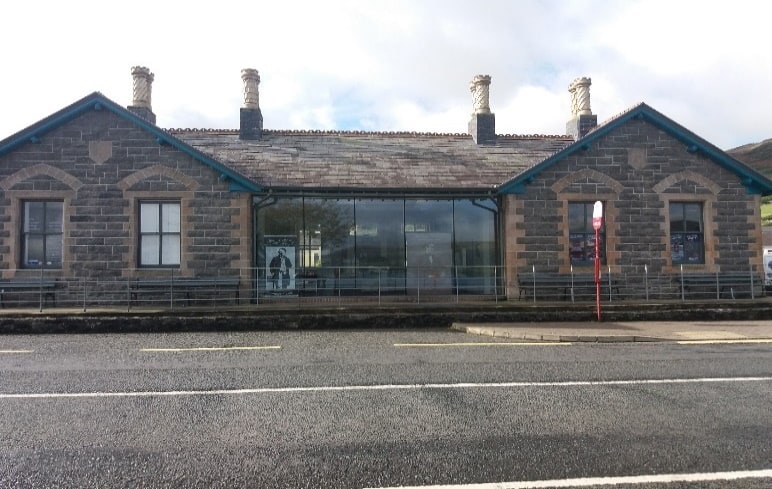 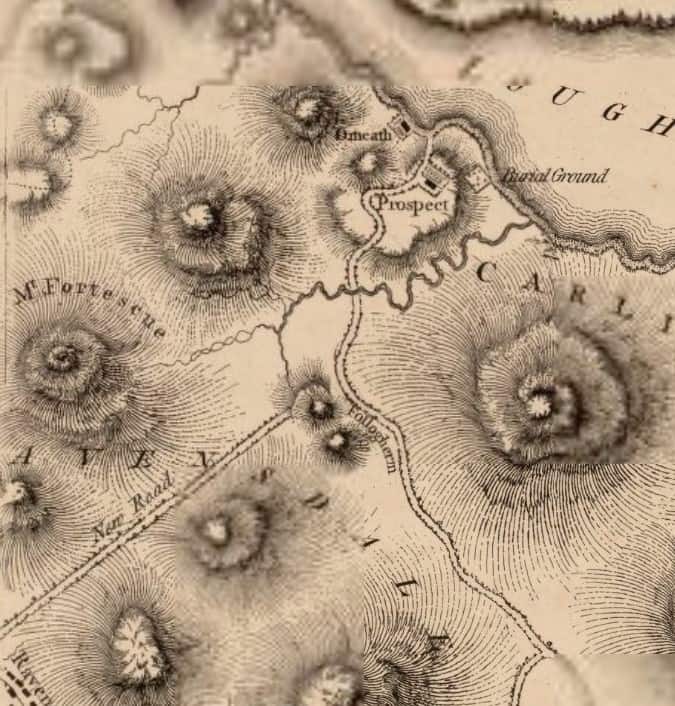 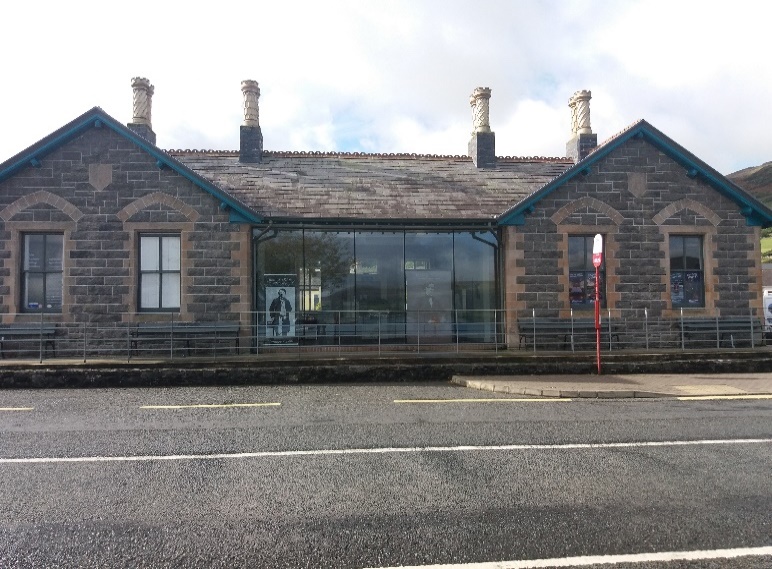