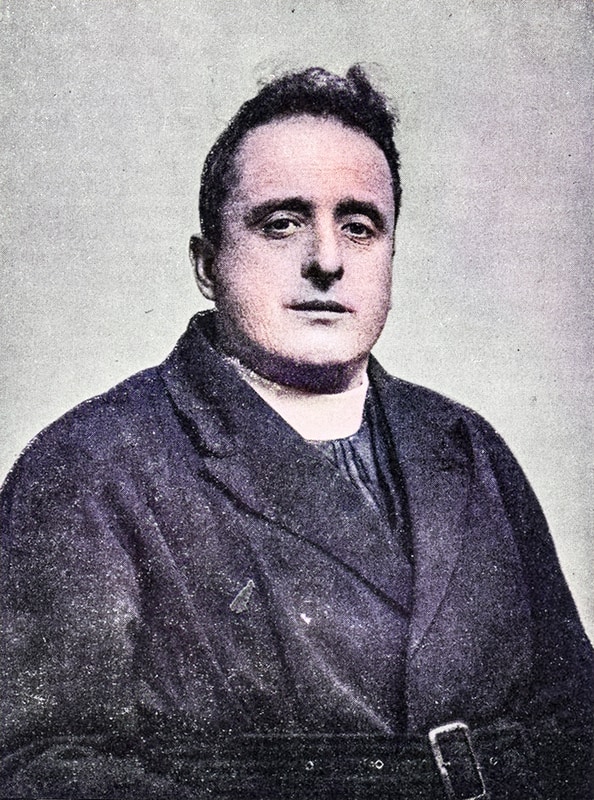 Lorcán Ó Muireadhaigh (1883–1941) was an Irish Roman Catholic priest, Irish language educator and nationalist activist. Another Gaelicisation of his name (as per the Ulster Biography) is Lorcan Ó Muireadhaigh

Lorcán Ua Muireadhaigh [Laurence P. Murray] (1883−1941) was a renowned Irish language scholar, historian and collector, especially in the field of the Irish language traditions of Ulster.

Born in Carlingford, Co. Louth, he was educated in St Malachy’s, Carlingford and St Patrick’s College, Armagh before entering Maynooth as a clerical student in 1901. The influence of the Gaelic Revival and of the exiled Professor of Irish Fr. O’Growney on college life at this time is evident, in the founding of Cuallacht Cholmcille and the Columban Record, now Irisleabhar Maighe Nuadhat.  Nearer home at the opening meeting in 1903 of the County Louth Archaeological Society, he met Henry Morris, another substantial influence on his life. Laurence wrote extensively as a student and published in the aforementioned society journals. While academically applauded, he came under disciplinary scrutiny during a period of student discontent in 1907, and was asked to leave Maynooth the following year.  He was ordained a priest in St Paul, Minnesota in 1910.

Following the foundation of the Omeath Summer School in 1912, Laurence returned to Ireland annually as part of the staff, and to collect songs, stories and prayers from native speakers. Over a period of seven years, he phonetically transcribed approximately 250 songs from forty people living across seven townlands. From this manuscript collection came his first book Irish Ceolta Óméith: an chéad chuid published in 1920, containing the words of thirty-four songs with notes on the local singers and versions sung.